1st Patient; Ms. GOK, 36 years old. In her third pregnancy, she was diagnosed with two pregnancies, one dead inside the uterus and one alive outside the uterus (cornual) at the 7th week. These pregnancies, called heterotopic pregnancies, are seen in 1/30,000. Diagnosing and operating the pregnancy outside of the uterus without rupture ensured the preservation of the patient’s fertility.

a) Ultrasonographic picture of cornual pregnancy 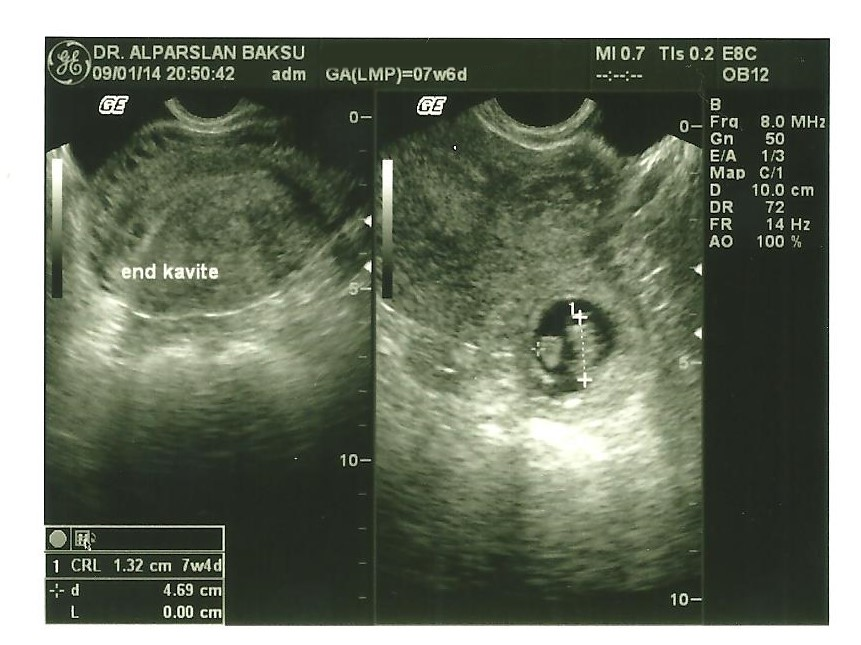 b) Observation of ectopic pregnancy during surgery 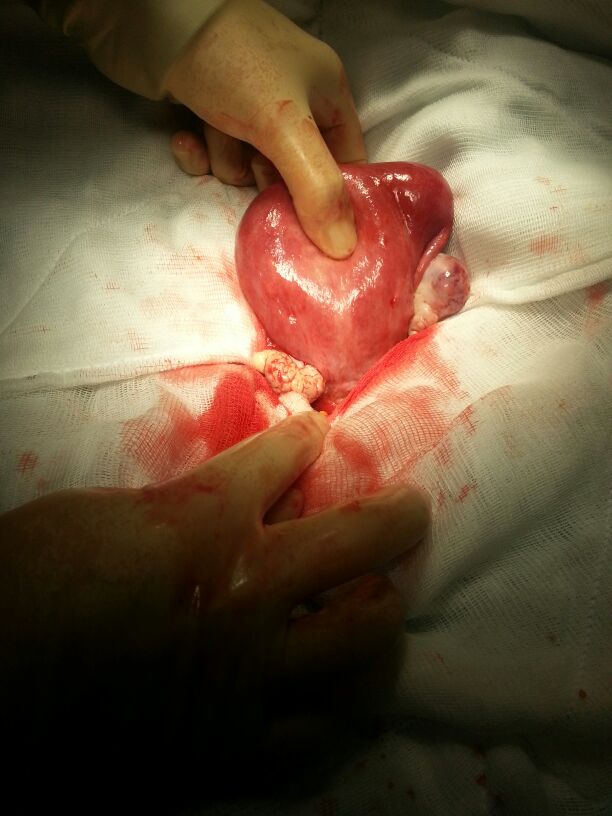 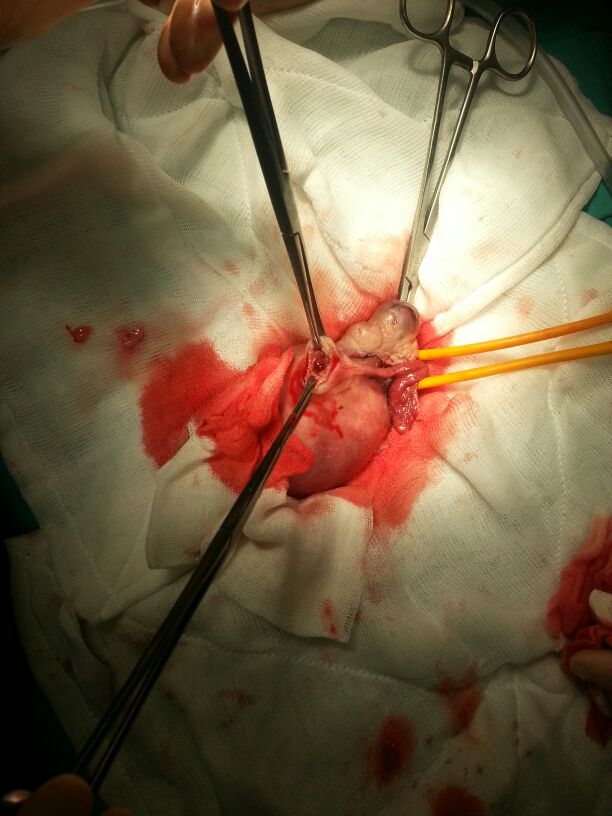 2nd Patient; Surgery for a Giant Myoma in a 29-Year-Old Woman Without Uterine Removal
Myoma was removed, and her fertility was preserved.

a) The image of the uterus before myoma is removed 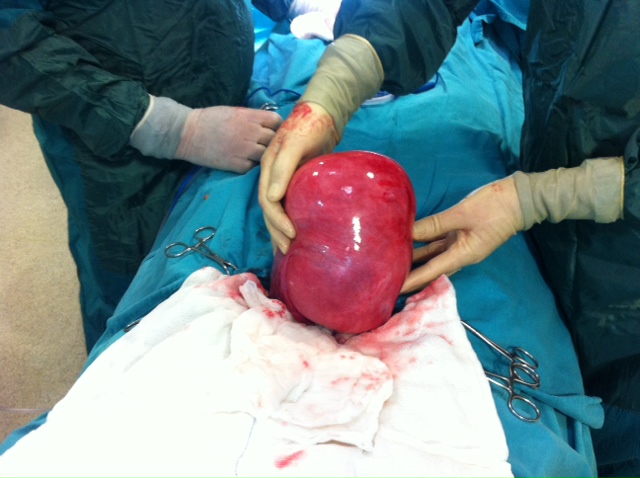 b) 18 cm myoma which was removed 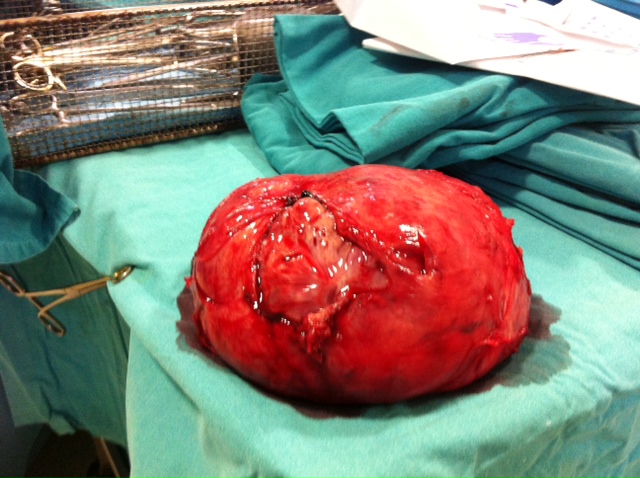 c) The method of removing the uterine sutures under the serosa after myomectomy, preventing adhesions in the abdomen and preventing the negative effects of fertility 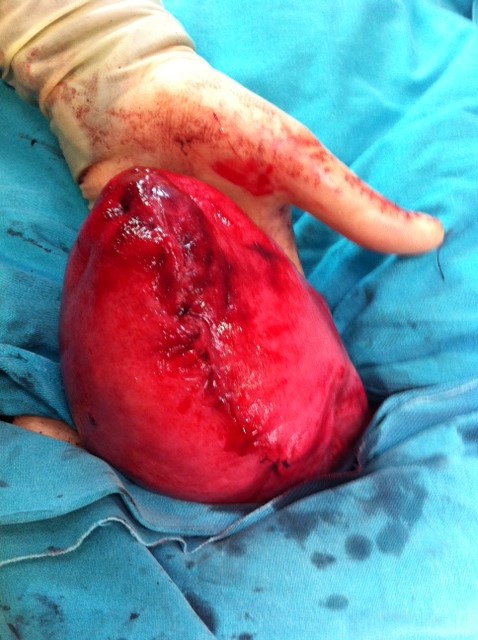 3rd Patient; Diagnosis of a Heart Tumor (Rhabdomyoma) in an Unborn Baby

Ms. O.M. is 31 years old. A 15 mm tumor was detected in the left ventricle of the baby’s heart at the 30th gestational week in the patient whose all screening tests were normal and no pathology was detected in the detailed ultrasonography performed at the 22nd week. These tumors are seen at a rate of 2/1000 in newborn babies. As a result of advanced examinations, necessary treatment was given. 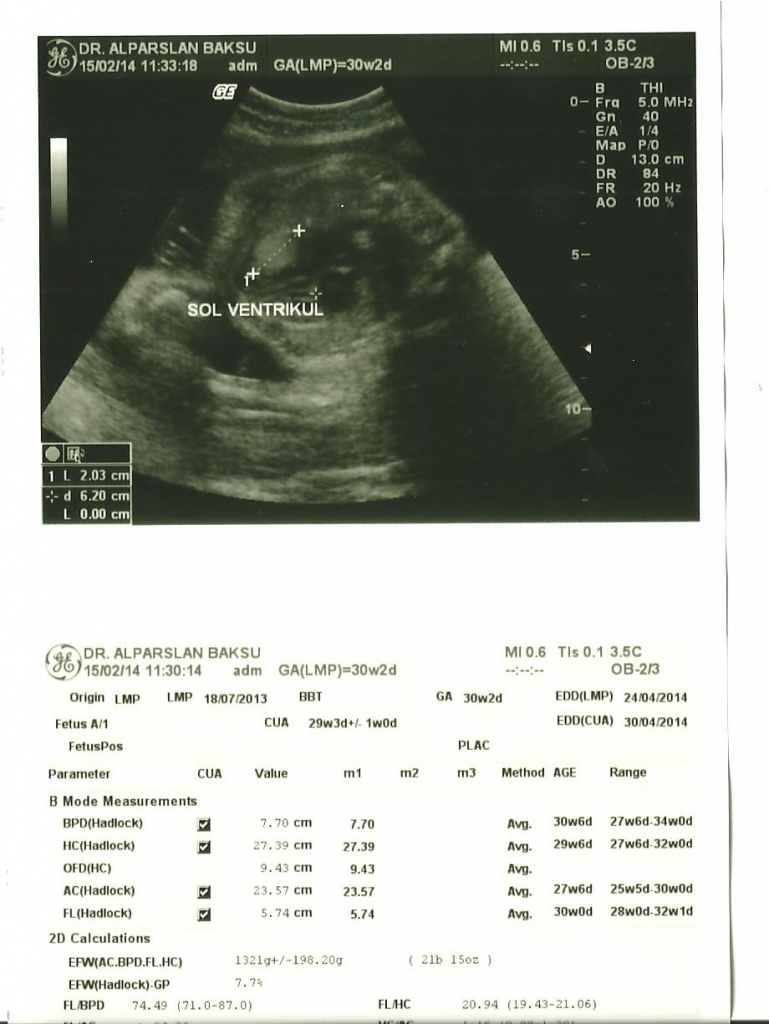 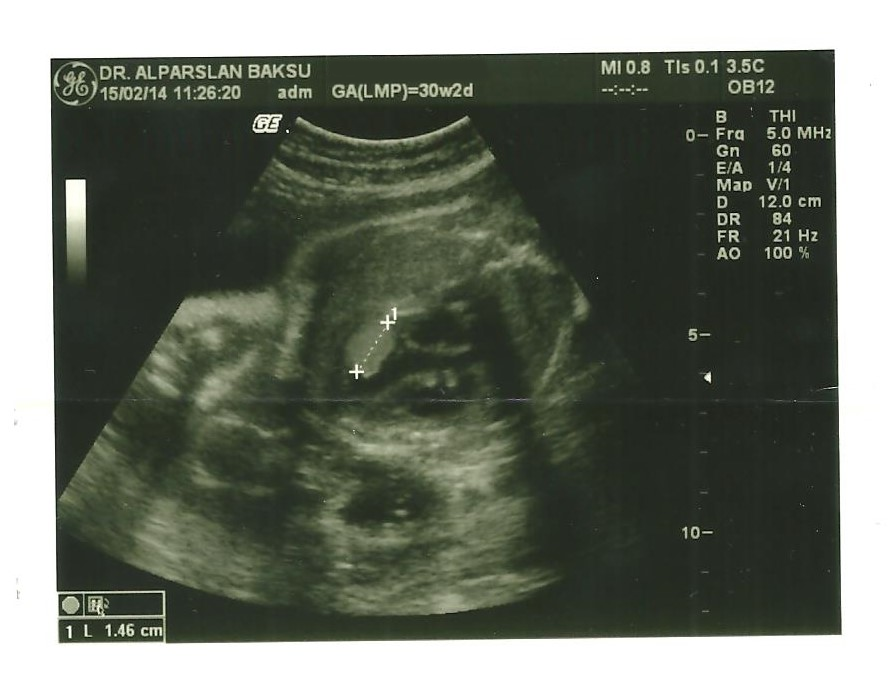 4th Patient; Pre- and Post-Operation Pictures of a Patient with 24 Myomas in Her Womb;

a) Preoperative view of the uterus. 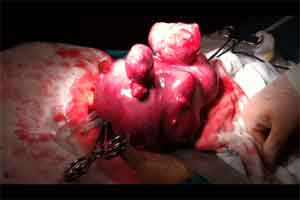 b) Picture of 24 surgically removed myomas, the largest of which is 10 cm. 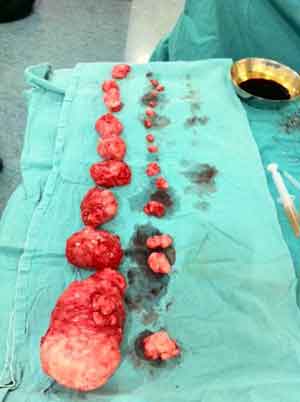 c) Postoperative view of the uterus. 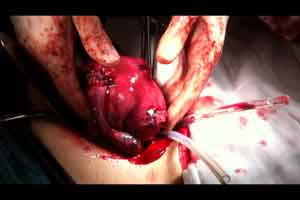 In such surgeries, some special techniques should be applied to prevent blood loss, and excessive bleeding should be prevented during the operation.

a) Giant mass that completely fills the patient’s abdomen. On the operating table. 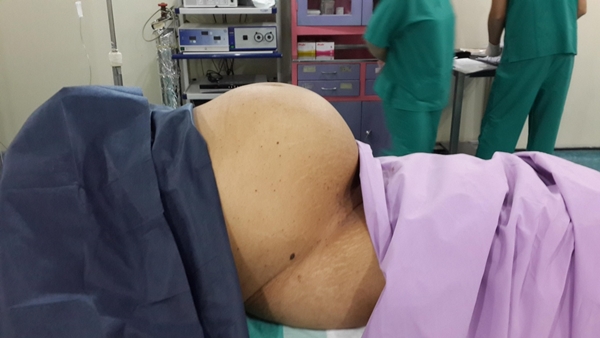 b) Giant mass originating from the uterus, seen when the patient’s abdomen is opened. 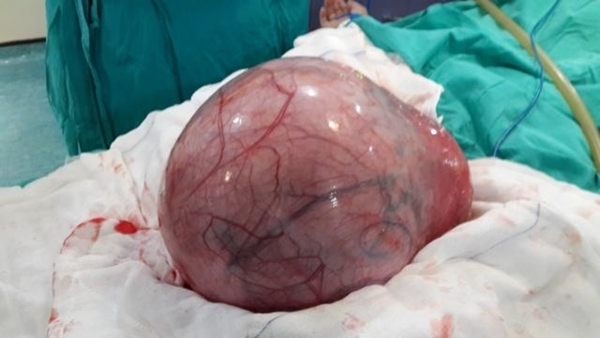 c) Postoperative image of the giant mass. The total weight of the mass is 7100 gr. 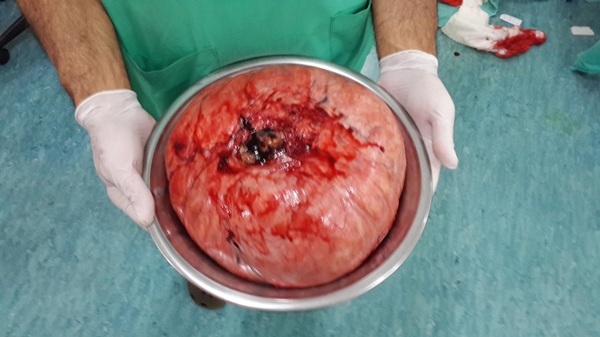 d) The uterus and ovaries remaining after the mass is removed. 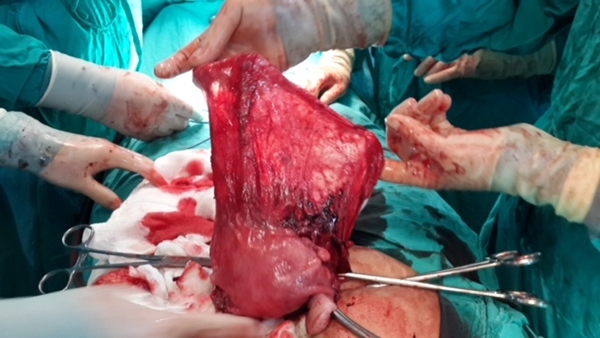